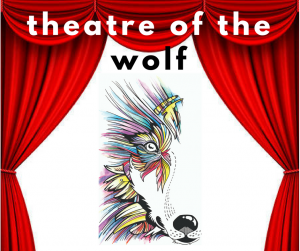 Part of the second year business plan for Good Wolf is to develop our theatrical CV.

In other words, we’re going to put on some shows.

But “what shows?” I hear you cry. And that’s a very good question. One we’ve talked about a lot. What are the things that make a show a Good Wolf show?

Well, one of our aims is to make the arts more accessible, so how can we do that?

Keeping the prices down is really important. High ticket prices can be a real barrier to going to the theatre, but it’s not the only one. Some people think that theatre is a bit, well, up itself. And do you know what? Sometimes they’re right. But it’s not all like that. So it’s really important to us that we produce great shows that might be a bit challenging, a bit different, but that don’t make you feel stupid for not having a degree in performing arts or an English A Level. Plays that anyone can engage with because they’re about things we can all relate to.

And they have to explore things we’re passionate about! That’s a really big one for us. We do what we do because we want to make a positive difference to the world around us, so we need to tell important stories about that world.

One of our objectives is to provide a platform for the voices of people who have something important to say, but are rarely heard and I’m not sure you can interpret that more literally than by putting those voices on a stage!

So what will we be putting on then, bearing all that in mind? We might not have a full programme figured out yet, but it’s taking shape, so here’s a little taster of what’s to come over the next few months…

Firstly we’re partnering with the brilliant Captain Fantastic again to bring a family show to Stanley Halls over the summer holidays. It’s going to be funny and silly and will sit in the middle of a really amazing… no, too soon. I’m going to let our wonderful new wolf, Ian, tell you what’s happening around the Captain show. So keep your eye on the blog for more news in coming weeks.

What I can tell you about is a series of plays we’re describing as Social Theatre. I have no idea if that’s a real thing or not. I guess it is now.

To keep it affordable and to see what kind of audience there is for these shows, we’re planning to start by staging some script-in-hand performances. If you’ve never seen a script-in-hand show, it’s basically a full performance, but without all the set and where the actors are reading the lines. When it’s done well (and these will be!) you forget really quickly that they’re reading!

The great thing about script-in-hand is that you need a few days rehearsal instead of a few weeks, so it’s a more affordable way to test out new work (and keep ticket prices low).

For the first of these we’ll be showing Failing At Failing by the amazing Serafina Cusack from Appetite Theatre. It’s a moving and hilarious look at some very dark issues around mental health which I had the good fortune to direct as part of StageWrite in Bedford this year (although it turned out that Serafina is another South East Londoner!) It provoked so much conversation in both the Q&A and the bar after the show and we’d love to see that conversation extended to new audiences.

While we’re in pre-production on that, we’re also starting our interviews for Rough Choices, a verbatim play about homelessness in Croydon borough. It’s a process we’ve been involved in before (several years ago up in Bedfordshire with Wooden Hill UK Ltd) and we were lucky enough to spend a day with some great actors playing with that original script in The Fly Pit last year. You can see a clip from the day here, which will give you an idea of how the Croydon version might look.

You’ll be hearing a lot more about these plays in coming weeks, but I can’t begin to tell you how exciting it is to finally write about them here – suddenly they’re really happening. And soon!! Watch this space…