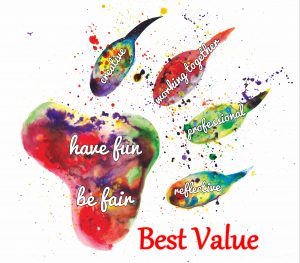 On Monday I stood outside Downing Street with 10,000 strangers to show solidarity with those being targeted by Bad Wolves for being “different”.

While I was there it struck me that there’s been a lot of talk in the past year about “British Values”. Often from people trying to claim that whatever their own values are, that’s what “British Values” are. And it’s easy to make claims like that because British Values aren’t written down in a handy guide book. They’re vague and woolly and open to interpretation. Probably the closest anyone’s got to defining them is Very British Problems on Twitter. And even those seem to be more specifically English problems than British.

But on Monday I felt I got a really good insight into just what British values look like.

There were lots of very angry signs. Some funny. Some sweary. All very home-made (thank you Blue Peter for inspiring several generations). But the people holding them didn’t look angry. They just looked chuffed at the turn out. And they were phenomenally polite (“I’m so sorry, I appear to have just hit you in the head with my Peace sign!”).

It was pretty cold and unless you were right at the front there was no way you could hear the speakers or even tell who they were, so most people stayed for a while to show their support and then headed home – many more arriving all the time to take their place. It was a very crowded street, but as people turned to leave, the crowd politely parted to let them through. Smiling. Nodding. Chuckling at one another’s signs. Bobbing along to the drums and the chants.

And that was it, right there: the very best of British Values. An angry mob of incredibly polite people. A fantastically diverse crowd coming together to stand up to the bullies with dignity.

I keep being told that protests change nothing or that they just make you feel warm and fuzzy but actually stop you from taking real action. I disagree. Monday changed me.

It made me feel part of something much bigger.

It made me feel stronger and more able to take action.

And for the first time in a long time it made me feel very proud to be British.

It also made me dig out our very own Good Wolf Claw Values as a reminder of how we work and what things are important to us. So I’ve popped them at the top of this for you and me to have a look at.  And a think about.

What’s written in your pawprint?